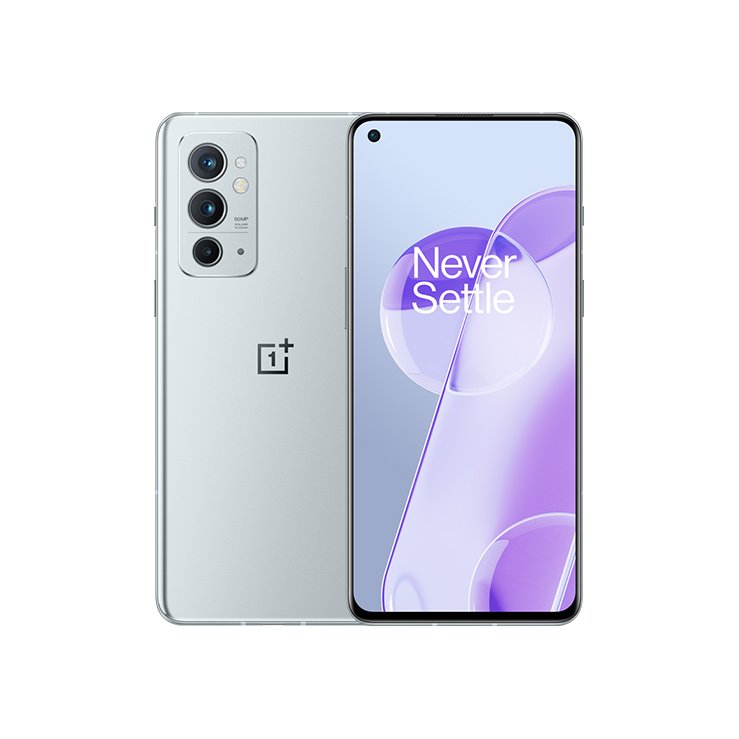 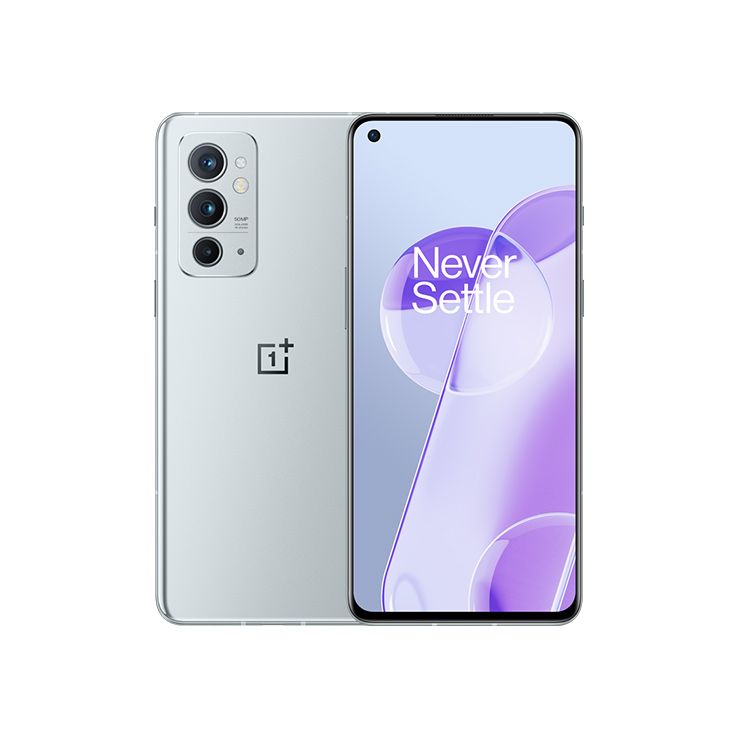 The most recent OnePlus 9RT 5G Price in Bangladesh starts at 49,999 tk. There are only two variant models, 8/256GB and 12/256GB, available at the moment. There are two colors similar to Hacker black and Nano silver. 6.62 inches Display that gives an original color and clear image. Octa-core CPU, 50MP+16MP+2MP Camera, 16MP Selfie Camera, Dual SIM (Nano-SIM dual stand-by) 1080p@30fps, gyro-EIS, Li-Po 4500mAh and non-removable battery. The latest features are included at the lowest prices in Bangladesh.

It's a budget phone that has excellent performance. Apple Gadgets offer the best OnePlus 9RT 5G price in Bangladesh you shouldn't avoid. Make your purchase now.

The OnePlus 9RT appears to be one of two phones: the OnePlus 9 Pro and 9R. It is available in two different colors: Nano Silver and Hacker Black. The latter is very similar in design to the Morning Mist OnePlus 9 Pro. The latter model has a polished finish and "mesmerizing reflective diffusion" that OnePlus compares to "uninterrupted speed and kinetic energy in motion."

What is the meaning behind the texture? OnePlus says it signifies "positivity and acceleration to a bright, intelligent future using technology as the catalyst." Powerful stuff indeed. This Hacker Black version of the 9RT This model comes with a matte texture and polished edges that are similar to that of the Silk White OnePlus 6. OnePlus states that it can describe the texture as "not only hauntingly beautiful but also satin-like and comforting to hold."

The 9RT feels great in hand. I'm a fan of the matte-polished finish, which is more appealing than the glossy surface on the silver model. It has the same design style as other models of the OnePlus 9 series, and it's evident in how the curves on the backflow to the middle frame. It is a great balance of weight, and its dimensions are 162.2 x 74.6 8.2mm the phone is a good fit for use by one hand. The back is constructed of glass on both models and an additional layer of Gorilla Glass 5.

This phone is larger than the other phones in the OnePlus 9 series, but the curves on the back and the rounded edges make it easy to use and hold. The camera's housing is the main focus of the design at the rear, with big rings surrounding the wide-angle and main lenses. The camera doesn't have Hasselblad tuning on this model; it is only available on flagship models, and you won't see the logo on the rear.

There are no changes in the ports or buttons. The volume rocker is located to the left, and the power button is to the right, right above the alert slider. The SIM card tray is situated at the bottom, just to the port's right for charging, and you can put two SIM cards into this tray.

Overall The OnePlus 9RT has a familiar style, but it has a few extras similar to its predecessor, the 9 Pro, to give it additional flair. I love the color options and the feeling of the matte surface and, even though the phone isn't quite big enough for my requirements, it's not too difficult to carry around.

There's not much to discuss in the realm of hardware things. OnePlus doesn't practice making too numerous changes to its hardware through its T refresh models, as is the situation with 9RT.

The phone runs its 5nm Snapdragon 888, upgraded to 2.84GHz. This means that it has more headroom than the 9R in gaming or other demanding tasks. But, I do not have any problems with the 9R yet, which means the differences won't be apparent until a couple of years later.

OnePlus sticks to its standard 8GB/128GB variant at the beginning for the 9RT. You have the option of choosing the 12GB/256GB model in case you're looking for more storage. The hardware is the same as that found in the OnePlus 9, so if you're wondering why the phone isn't branded the OnePlus 9T, it's due to the fact of its availability that the 9RT is only a regional release -- restricted only to China and India and therefore receives an R designation.

One new characteristic that OnePlus has added to its 9RT is a brand new Wi-Fi antenna, which is created to give a better quality signal which is again in line with the notion that the phone is targeted at gamers. In the short time I had with the 9RT, I didn't experience any issues with the Wi-Fi 6 connectivity. The strength of the signal was not noticeably different from what I experienced with previous models, including the OnePlus 9.

The OnePlus 9RT has three cameras in the back. There's the 50 MP f/1.8 Sony IMX766 module made from the wide-angle camera of the OnePlus 9, a 16MP broad-angle lens (Sony IMX481) as well as a two-megapixel macro lens. The camera is 16MP in the front using the Sony IMX471 camera -like most OnePlus devices in the last two years.

After the OxygenOS 11.3, OnePlus ditched its camera application and switched to OPPO's software. This was beneficial as OnePlus could not quite get the right settings for the camera's algorithms it had developed on its own, and its previous phones were affected as a result.

The interface is pretty much the same; it has shooting options in grids on the bottom and toggles on top to control flash, AI filters, beauty, and settings. It's easy to change between the more serious lenses, and the phone can go up to 50x digital zoom. Video is available with up to 60fps, which the 9RT can do a good enough job of this.

The software issues of OnePlus can be summarized as a comedy of mistakes. We had a look at the initial ColorOS integration with OxygenOS 11.3 for the OnePlus Nord 2 in the past year. It was a codebase update that didn't include any user-facing modifications.

It's been a while since the Android 12-based OxygenOS 12 was intended to provide the complete ColorOS integration; however, OnePlus encountered numerous issues while doing this that it's now only available for only the OnePlus 9 9 Pro. The devices were intended to receive their hands on the reliable OxygenOS 12 version; it isn't happening. It's not showing up on my devices, and the build is being released to selected users as OnePlus eliminates what seems like an unending number of bugs.

The OnePlus 9RT is running OxygenOS 11.3 that is based on Android 11 straight out from the factory. This isn't a great situation since the phone is running the identical version of Android that it did on the OnePlus 8T that launched 15 months ago. In the documents OnePlus has shared with reviewers, it's evident it was intended to be launched with OxygenOS 12 at some point towards 2021's end; therefore, things haven't taken place as planned for the 9RT.

OnePlus has announced that it will be delivering three updates to the platform of the 9RT, which is a change from the initial plan to release two updates, similar to the standard 9R. It will upgrade the device to Android 14, the same as the OnePlus 9 and 9 Pro.

OnePlus 9RT 5G comes with almost everything you could think of except the camera. Although there's no doubt that it has a poor camera, it's an average camera when you consider the cost.

If you're looking for an extremely powerful phone in the 42k, and aren't particularly interested in cameras, then you can buy the OnePlus 9RT is a good choice. However, consider other options such as Xiaomi 11T Pro 5G, Galaxy S20 FE 5G and others.

So Apple Gadgets Ltd offers the best price in BD for OnePlus 9RT 5G. Don’t wait, buy OnePlus 9RT 5G with the best BD price on the market before stocking out.